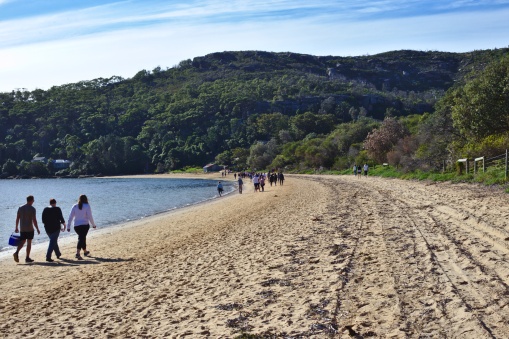 On a lazy winter Sunday a group of us decided to make the run up to Palm Beach and check out the Barrenjoey Head Lighthouse. This particular site marks the most northern point of Sydney on the Coast and provides a tremendous view of the nearby Palm Beach, Pittwater and Broken Bay.

Being a blue-sky day it seemed as though every man and his dog had decided to make the same journey. Despite the crowds, the effort to ascend to the look out and its accompanying views were not diminished.

The trek to the top presents two options:

-A roughly hewn set of stairs known as the “Smugglers” track

Most of the crowd stuck to the former of the two options while the latter offered better views of the surrounding area. Despite its ruggedness, the views alone made the run up the Smugglers Stairs all the more worth it.